“…Figure 1 shows an example of online PD data taken over a nine-month period from a 13.8 kV, 15.6 MW (21,000 hp) machine, using a fixed monitoring unit. The plot shows very little change in PD measured roughly twice per month between November 2005 and September 2006. A significant increase in positive predominance of PD (roughly, a tripling of the pulse magnitude) was observed in the very last measurement. Based on this, a visual inspection of the endwinding was recommended, which revealed significant contamination in the endwindings…” 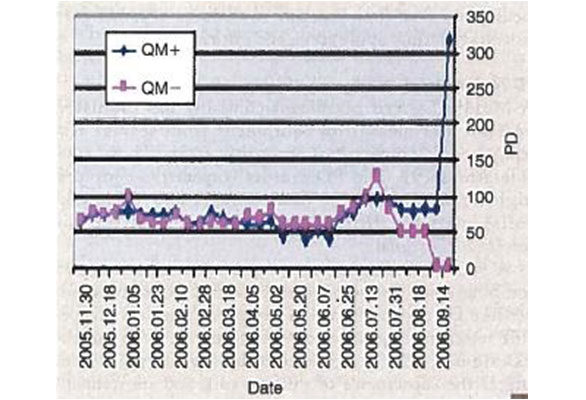