Partial discharge (PD) measurements and data analysis have been performed on BC Hydro generators for approximately over 2 decades in order to identify stator winding insulation problems through analysis of the partial discharge signal characteristics.

The partial discharge patterns of this particular generator winding followed typical patterns with no polarity predominance between the positive and negative PD pulses. Also, a linear decrease in pulse density with increase in pulse magnitude was shown. In the PPA plot, the PD clouds were triangular shaped and centred at 0° and 180° in the negative and positive cycles, respectively. The Qm was about 500 mV. 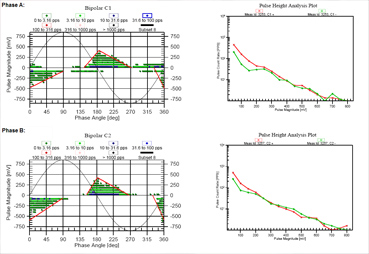 A 457 MVA, 16kV generator was subjected to severe discharge in the grading paint area which caused grading paint damage and the build up of white powder on the top and bottom ends of the stator winding bars. 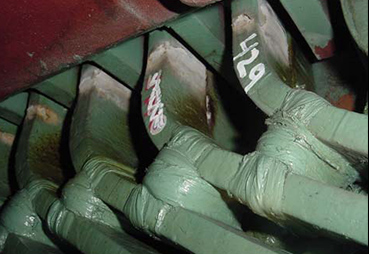