A major overhaul had been completed on a 300 MVA 13.8 kV 900 rpm hydrogen cooled synchronous condenser. Three days after the machine had been returned to commercial service, a stator ground fault occurred.

The ground fault was as a result of a small metallic tool had been left in the rotor during an overhaul. The object had entered the air gap and damaged the end arms of three stator bars, one of which failed. 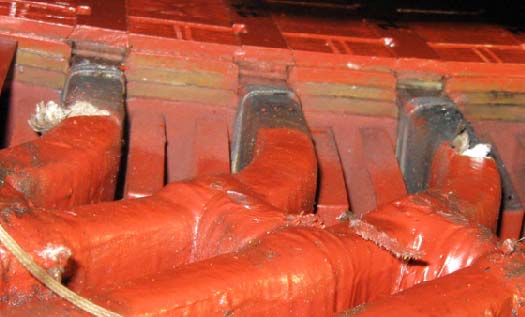 The OEM patched the three stators bars. A series of off-line electrical tests were performed to assess the adequacy of the repair. One patch failed and had to be reapplied but there was concern about possible damage to the stator core and the field poles.

A robotic inspection vehicle and camera were used to examine all 132 teeth of the core over its 3.95 m length as well as the poles.

Visual evidence of possible damage was photographed and the inspection vehicle was used to move the sensing coil of the Iris Power EL CID along stator core teeth where there was the most evidence of damage. The information obtained indicated that the damage was not sufficient to warrant removing the rotor. 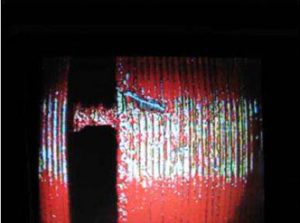 Mechanical damage in the end arm area was again patched with a reasonable degree of success. The air gap surfaces of the stator core and field poles were inspected and EL CID tests were made with satisfactory results without removing the rotor. The outage for the repair was approximately one month in duration compared to several months had the rotor been removed. The cost saving was substantial.